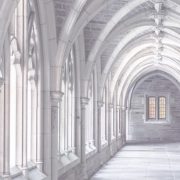 The concept of monasticism is ancient and is found in many religions and philosophies. In the centuries immediately before Christ, Hinduism, Buddhism, and Judaism all developed alternative styles of life which involved renouncing the world in some ways, in order to seek liberation or purification or union with God, sometimes as a solitary ascetic, sometimes in community. 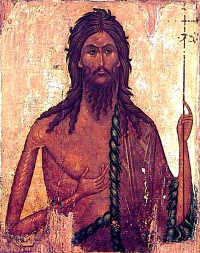 Early Christian monasticism drew its inspiration from the examples of the Prophet Elijah and John the Baptist, who both lived alone in the desert, and above all from the story of Jesus’ time in solitary struggle with Satan in the desert, before his public ministry.

St. Anthony the Great (ca. 251-356) was the first well-known Christian to withdraw to the desert.  While the earliest Desert Fathers lived as hermits, they were rarely completely isolated, but often lived in proximity to one another, and soon loose-knit communities began to form in such places as the Desert of Nitria and the Desert of Skete. The progression from hermit (“anchorite”) to monk (“cenobite”) living in community under one abbot, came quickly, when in 346 St Pachomius established in Egypt the first cenobitic Christian monastery. 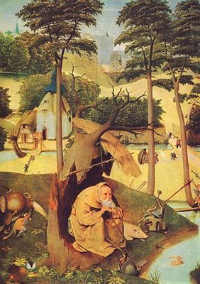 The Eastern monastic teachings were brought to the western church by Saint John Cassian (ca. 360 – ca. 435). Cassian founded a monastery of monks and probably also one of nuns near Marseilles, and partly to counter what he felt were the abuses he found in Western monasticism, he wrote two long works, the Institutes and Conferences. In these books he not only transmitted his Egyptian experience (they are perhaps the oldest written record of the thought of the Desert Fathers), but he also gave Christian monasticism a profound evangelical and theological basis.

Cassian’s influence was enormous and lasted for centuries – even the smallest monastic library in Europe’s Dark Ages would have its copy of Cassian. Furthermore, St. Benedict incorporated Cassian’s thought into his monastic Rule, and recommended that his monks read Cassian’s works. Since the Rule of St Benedict is still used by Benedictine, Cistercian, and Trappist monastics, the thought of John Cassian, and the desert tradition behind him, still guides the spiritual lives of thousands of men and women in the Catholic Church.

Source: O.C.S.O. Order of Cistercians of the Strict Observance – http://www.ocso.org/